Beyond improving accessibility for those who are hard of hearing, there are many additional benefits to adding closed-captioning to your video message.

“Once you overcome the one-inch-tall barrier of subtitles, you will be introduced to so many more amazing films, said Bong Joon Ho, the South Korean director of the film “Parasite” when he accepted the Golden Globe for best foreign-language film.

If you haven’t seen it, all of the film’s dialogue is in Korean, with English subtitles. It’s also the fourth highest-grossing foreign film of all time in the US.

Who would have thought that we’d be reading our movies?

Well, on social media a surprising number of people do exactly this every day. According to Facebook (which reportedly has over 100 million hours of video watched per day!), 85% of video is watched without sound.

So - why do people listen without sound?

The environment is too loud

Many people are in noisy environments where it’s hard to hear. It could be an industrial environment, or something as simple as public transportation. Even our homes are louder than ever with housemates watching their own shows, washing machines and dishwashers running in the background, and the neighbour's dog barking a warning to a visiting cat.

The environment is too quiet

As often as someone may be in a loud environment, they may also be in a calm environment where listening to a video without headphones isn’t an option. Bluetooth headphones that run out of charge or get left in a gym bag can make it inconvenient to listen to a video where others are focusing, engaged in their own activities, or even resting.

According to the World Health Organization (WHO), over 5% of the world population has some level of hearing loss. It’s not just related to an aging population. Hearing loss is also seen more often in adolescents and young adults due to the increased use of headphones and earbuds. WHO estimates that by 2050 over 900 million people will have disabling hearing loss.

Often on videos with multiple speakers, volume levels are inconsistent from speaker to speaker. Rather than changing the volume for each speaker, or be blasted with sound when a louder speaker starts to talk, they choose to watch the video without sound altogether.

Sometimes the video contains some sort of confidential information that the watcher doesn’t want the people around them to hear.

Despite all these reasons that people watch without sound, 41% of videos are incomprehensible when watched on mute.

That doesn’t include all the videos that are hard to follow even with the sound on. If you’ve ever gotten into a debate about a line from a favorite movie (or song), you know how easy it is to misunderstand something you’ve heard once (or a thousand times).

Luckily, videos can be made more accessible by adding closed-captioning.

Beyond just improving accessibility for those who are hard of hearing, there are many additional benefits to adding closed-captioning to your video message.

A 2018 study from PLYMedia found a 40% increase in views of captioned videos versus uncaptioned. Viewers were also 80% more likely to watch a video to completion when closed-captions are available.

Viewers who speak English as a second language can follow along better when closed-captioning accompanies the speaker.

It can be challenging as a viewer to keep up with presenters who may speak quickly, with accents, or who mumble. Even the differences in how well a microphone picks up a voice can be helped by enabling closed-captioning.

When your videos share technical terminology, brand names, full names, or even dates, having it written in addition to spoken can help with retention.

Of course, there will always be naysayers - those who say that closed-captions are annoying or distracting. But for the most important messages you need to get across, updates - like changes to the benefits packages or a company acquisition, it’s better by far to weigh the benefits of increased engagement, accessibility, and comprehension against the minor detractions of “it’s annoying.”

Using All Hands for your team updates makes offering closed-captioning easy. Since the meeting segments are pre-recorded, you can turn on closed-captioning for your employees to get the most detailed information and help maintain their focus. 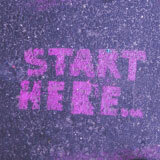 How do I start sending regular team updates?

Getting started is the hardest part of building any habit, so here are some tips to get you going. 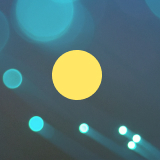 Attention spans are getting shorter and shorter. Is it any wonder that your messages can get lost in the noise? 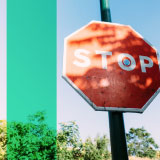